I haven’t blogged in a while (August 28 to be exact), so I thought I’d throw out some random thoughts.

It’s a rainy Saturday on a huge college football day and I am curled up in my chair.
We had a good (but long) week and I’m so grateful for this quiet relaxing day at home.
As I was listening to the little girls playing house and school this morning, I remembered something Yuri said earlier this week.  She was eating in the kitchen with Gigi.  They were talking about boys and the state of her current relationship.  I won’t name the boy to protect his identity (and save his life since Willard frowns upon boyfriends).  I heard her say, “I broke up with him because we can’t date ‘til we’re 16.  I’m just 9…. So that’s 12 more years…”.   Shaking my head.  I blame Common Core.

Can you believe it’s November already? It seems like this year is flying by.  I was driving through downtown Hartselle this week at like 5:30 a.m. and it was still dark.  Y’all… Main Street is LIT UP with Christmas lights.  I literally drove down the street with my eyes closed.  I know the holidays are right around the corner, but it was November 2nd.  THE SECOND!  I was really bothered that Christmas was being forced upon us so early until I saw these bad boys in Kroger. 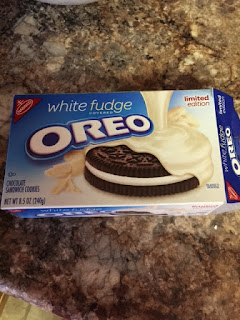 Most of you know that we have a foster baby right now. I haven’t mentioned her much on social media because we really aren’t supposed to say much and I’m a big rule follower.  Okay, stop laughing.  Sometimes I really am a rule follower.  Anyway, we’ve had her since April and she’s 8 months old now.  She has the entire family wrapped around her little finger, but Aubree has a special bond with her.  Aubree has called her “my baby” since day 1.  She has also INSISTED since the beginning that her name is “Peppa”.  Yes, as in Peppa Pig.  Peppa started crawling this week and oh my word.  I forget how much daily life changes when a baby stops staying where you put them! 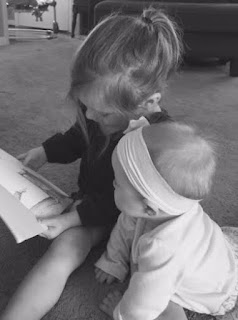 The big news of the week was the announcement that Haley Rae is moving to Guatemala.  Yep, she flies out January 2.  This is not a mission trip… it’s a call to the mission field.  There’s a beginning date but not an ending date.  If you ask her how long she’s staying, she’ll say “forever”.   I’m sure I’ll do an entire blog soon dedicated to her new life, but now is not the time.  I am still wrapping my brain around it.  I know all the things I’m supposed to say and the way I’m supposed to feel… I’m just trying to make my head and my heart stick to the same story.  I’ll get there, don’t worry.  Mama just needs a minute.

Posted by Amy Garnett at Saturday, November 07, 2015 No comments: