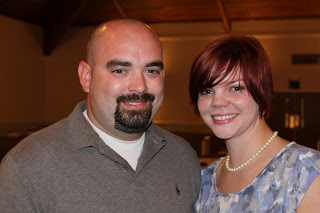 I’m finally taking the time to do the blog that I’ve wanted to do for weeks now.  This is one is about a young couple that is taking a huge leap of faith.  They are doing something that they know God has called them to do, even though the general population probably doesn’t get it.
Dustin and Haley Terry have a heart for children.  This has been obvious to me for ages.  They’re one of my “go to” people when I need help with my kiddos – the little ones AND the big ones.  They’ve loved Yuri and Gigi since we first got them.  When they announced that they were starting classes to be foster parents, I wasn’t one bit surprised.  I know they encountered some skepticism from people who wondered why in the world these two 20-somethings, who were practically newlyweds, would want to open their home to strange children – TEENAGERS no less.  (I have to admit that even I didn’t get the teenager part, but more power to them!)  When they were just a week or so away from completing those classes, they showed up at one of Haley Rae’s softball games.  Haley (Hensley) had a cat-that-ate-the-canary look on her face and motioned for me to come over.  She told me that they had gotten a call from the Baptist Children’s Home and that there was about to be an opening for house parents.  She was so excited, but also looked like she was about to throw up – haha.  This was actually a MUCH bigger commitment than just becoming foster parents.  It would require them physically moving to the Children’s Home, dumping their careers, finding new homes for their pets, and changing churches.  Can you say – whole new life??
But guess what… Haley and Dustin didn’t even seem to hesitate.  I’m sure they privately had moments when doubts entered their minds, but they both told me that they couldn’t think of a single reason NOT to do it.  It was crystal clear to them that God was orchestrating a huge production that would be their NEW life.  (Haley – I used words like “orchestrating” and “production” because I know how much you love musicals).
On their last Sunday at our church, we had a Commissioning service to send them out as missionaries.  It was so touching to see people of all ages lining up to hug, pray for, and give words of encouragement to Haley and Dustin.  I took the opportunity to say “I know this is 99% God but I like to think I can take credit for 1%”.  Yeah, I actually said that OUT LOUD.  Haley and Dustin don’t know it, but I had to ask for forgiveness before I even left the church that night.  I guess God didn’t want me to take credit for any of his handiwork.  I was trying to be FUNNY, but God didn’t get the joke apparently.
Congratulations to Haley and Dustin for doing what so few of us do…. Recognizing our calling and acting upon it.  I know I speak for many people when I say WE ARE SO PROUD OF YOU!
Here are a few pictures from the Commission service - 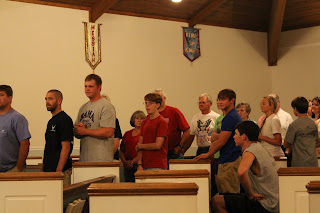 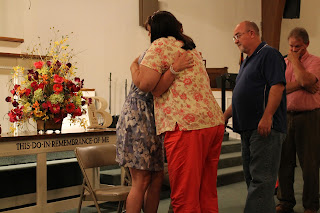 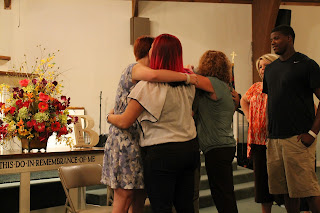 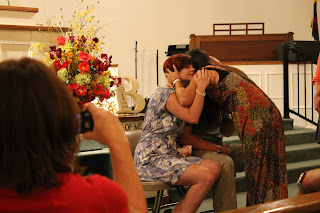 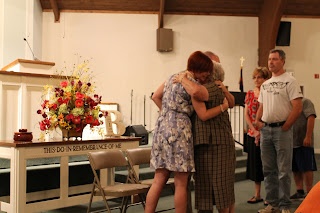